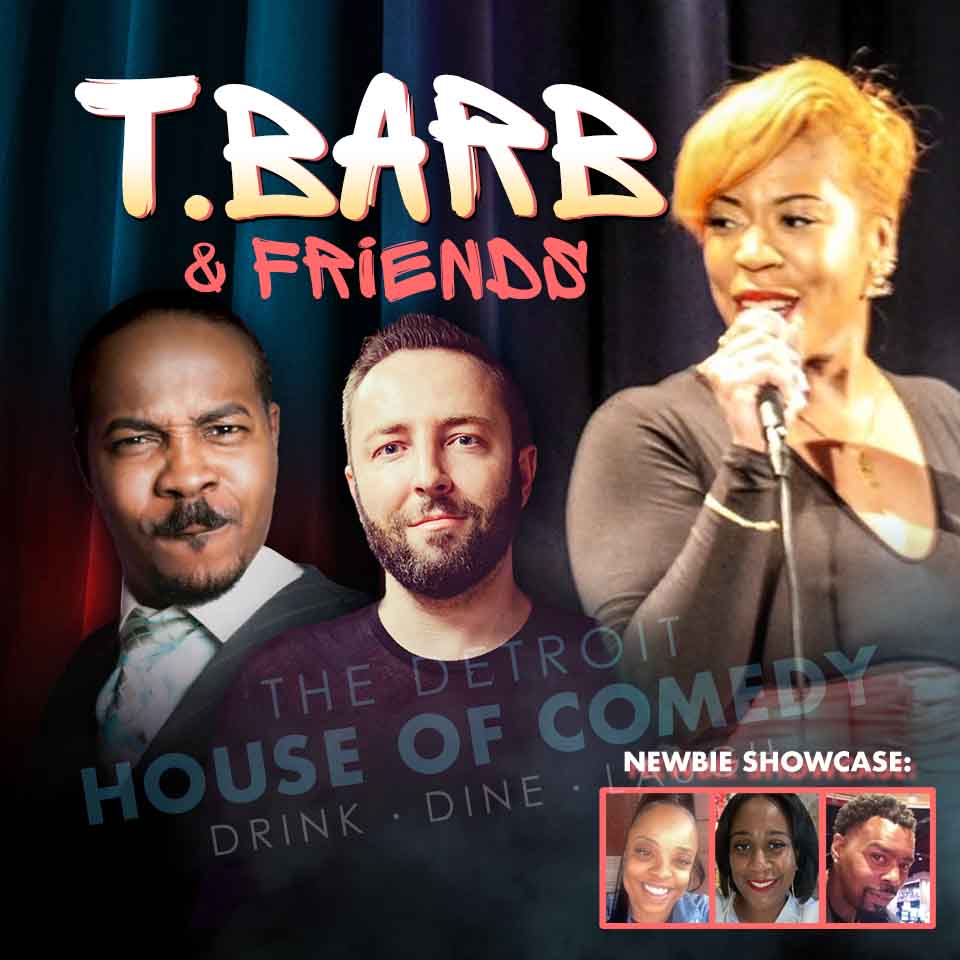 T.Barb is one of comedy’s funniest and fastest growing stars. Always known for being hilarious,  and blazing comedy stages, she is the one to watch. Featured on Amazon Prime, Fox News, BET Plus, NBC with a cameo on America’s Got Talent, Keep Your Distance, Hour Detroit, BLAC, The Detroit News, Michigan Chronicle, NPR, Tubi & more, she is now joining The Detroit House of Comedy family with her T.Barb & Friends monthly showcase!

T.Barb & Friends will feature some of the best local and nationally touring comedians on one show, with a focus on inclusion. Each month will boast a dynamic mix of hilarity, hosted by T.Barb with a few live surprises. T.Barb & Friends will be a fun and interactive night full of laughter that you don't want to miss!